October 10, 2019
Today, I went to a new dentist and my hygienist and I struck up a conversation when I noticed her Ironman and Bike MS medals in the office. She's a pretty cool woman: a smoker for over 30 years who turned to triathlon and now competes all over the country. When she said she's doing Marine Corps Marathon later this month, my eyes lit up while my mouth was full of whatever torturous instrument was in it.

I later told her how much I loved that race and that I went on to do this ride with Hank a couple of months ago. She was sweet, said kind words about the cool things I'm doing and asked, "What's next?".

Initially, after my ride with Hank, I had no desire for a "what's next". I wanted time to think and process. I say that every time (as you endurance athletes understand), but every other time I've said it, I've had an idea of what the following year will bring.

Leaving the cycling industry and the non-profit work I was doing within a couple of months of each other in 2018 left a big hole in my heart. I had already begun to plan 2019's adventures, so I got through the majority of this year on that full-steam-ahead approach.

It's mid-October and there is nothing on the books. And for the first time in years, I don't feel I have the resources to figure out "what's next".

I feel like something bigger is out there. That this passion for being a part of the assisted athlete world and DOING in it will be something great. However, I don't know what that is yet and it's making me restless. Goals are much easier to work toward when you have an idea in your head: something to work towards.

I'm 2.5 months since my adventure with Hank and now that life has settled a bit, the post-event blues have set in. This lost feeling is looming over my head and I'm having a hard time figuring out what my next steps are.

I hope that this post-event funk I'm in will yield what it usually does: that icky feeling of a few days of weird emotions followed by a renewed sense of "what's next" and excitement for the future.

All I know is that I don't want this adventuring with people I love to be over. 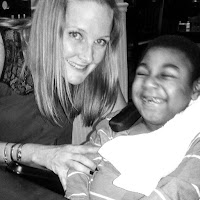 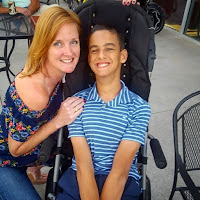